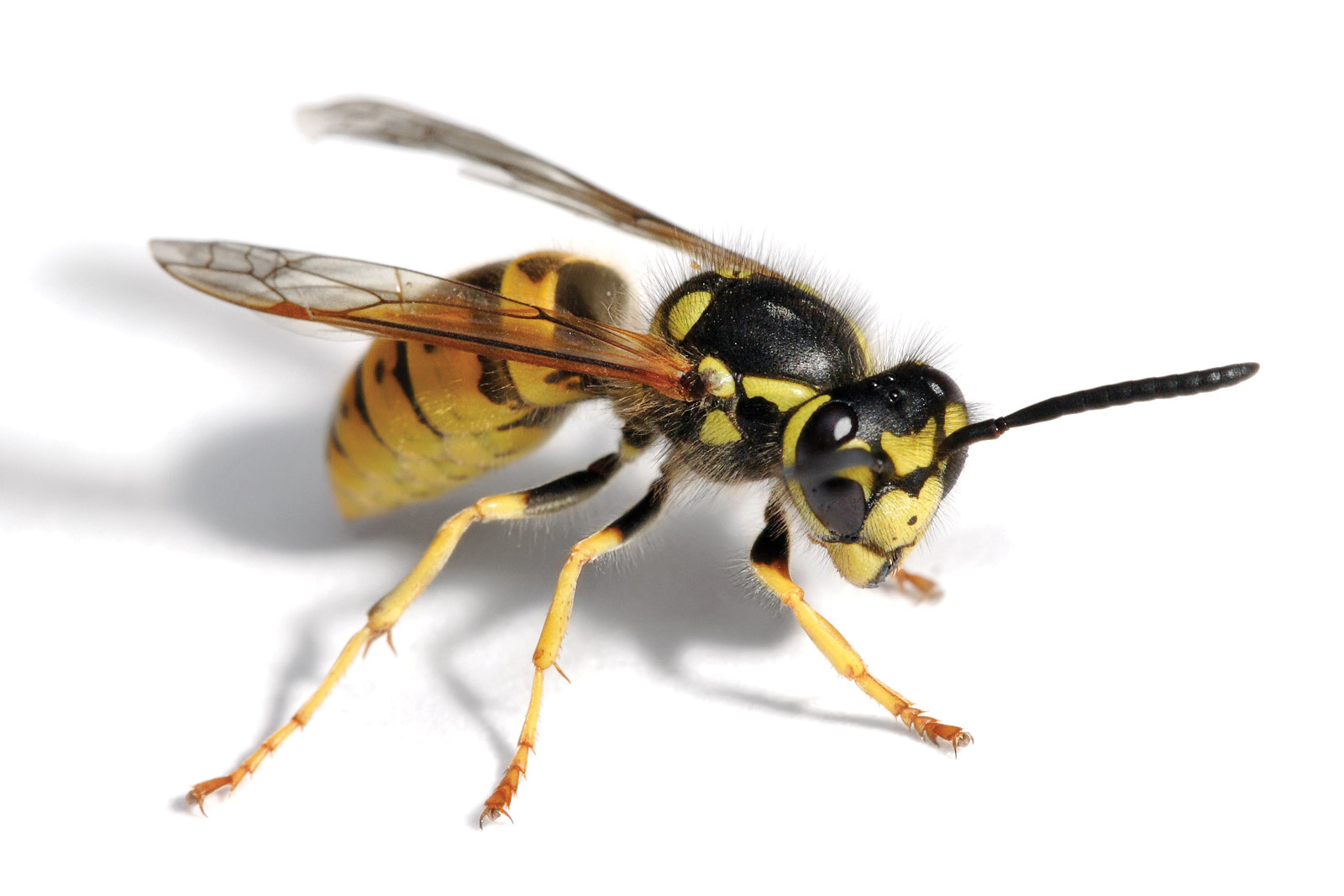 The recent appearance of Asian giant hornets in the USA has people spooked and for good reason. “Murder hornets,” as they are sometimes called, are capable of injecting a high amount of potent venom into victims. In addition to that, they are an imminent threat to bee populations and agriculture in general. And while this new and bizarre threat is certainly one to be aware of, the standard variety of wasps, hornets, and yellow jackets remains a problem that needs to be contained in order to keep your home and surrounding areas healthy and safe.

In addition to the usual honey bee and bumblebee varieties, wasps, hornets, and yellowjackets come out during the spring and summer and thrive during warm weather. If you’re not careful, they’ll wreak havoc on your backyard birthday party or barbecue, and could make you the least favorite neighbor if somebody gets stung, or even worse, has an allergic reaction at one of your parties. And while they all have the potential to be a pest, they’re all a little different and can cause various problems as a result. Let’s check out the differences between wasps, hornets, and yellowjackets.

Wasps
The main problem wasps can cause is an infestation inside your home. Wasp nests are often found in upper corners by doorways, making it easy for them to fly in, and in some instances, they may actually construct a nest inside different parts of your home without you noticing. When they are unable to get outside, they can cause structural damage by chewing through walls and ceilings and will be extra agitated, becoming dangerous, especially to anyone in the household with allergies.

Hornets
Hornets, while not as aggressive as other species, can still be a problem. Similar to wasps, some hornets nests can be found in high areas, such as treetops or even inside attics. However, they also nest underground, which makes them a real nuisance to areas with lots of human traffic. Hornet venom can be extremely potent, and if your child inadvertently disrupts an underground nest, say, in a rodent hole, the results could be tragic, especially to anyone with allergies.
Hornets are also a natural predator of bees. If you’re a beekeeper, hornets can be your worst enemy, and due to their significantly larger size, a single hornet can kill more than three dozen bees within the space of a single minute.

Yellowjackets
Have you ever been minding your own business at a picnic, sipping on a soda, when an uninvited guest flies down and lands on the lip of your can? Say hello to the yellowjacket. Named for their distinctive black and yellow pattern, yellowjackets are unique from other winged insect species because they can sting you multiple times. These stings are often very painful, and even if you don’t have an allergy to yellowjackets prior to being stung by one, you can develop sensitivity after the fact, making avoiding them at all costs even more important. Like hornets, their nests can be found in a wide variety of places, either above or underground.

All three species differ slightly in aggressiveness and where they form their habitat, and all of them can be a nuisance to you and your family and they are not dealt with properly. So what do you do if you have a problem with any of the aforementioned flying pests? Off the shelf sprays can help, but they usually don’t address the root of the problem. Besides that, the average person doesn’t have professional protective gear lying around, so if you upset a nest, and all you have is a spray can to defend yourself, things aren’t going to go well for you. Save yourself the trouble, and get professional help if you have a serious problem. Your loved ones will thank you, and you’ll all be much safer and better off as a result.


HOW We Treat For Wasps

Spray Common Nest Spots- We deal with lots of these little guys so we know where they like to hang around most. By spraying a product with good residual you'll see much better results.

Baiting- occasionally your property may have a severe infestation, we can setup stations that are designed to eliminate wasps at their nests rather than endlessly trying to catch all of them.

How to prevent wasps

Water features and raw wood seem to attract large numbers of wasps, by not having these you'll see far less activity.

Stinging pests are attracted to flowering plants. Try not to plant them around patios, pools, or decks.

Yellow Jackets are opportunistic and like to build nests in any hole they can find. Be sure to annually walk around your home and use caulk to fill in any obvious holes that might be used to nest in.
See Your Price